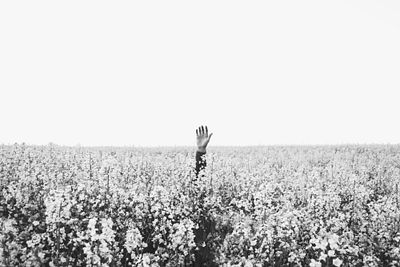 Top 5 Reasons You're Struggling to Finish Your First Draft

First drafts are their own special kind of hell. Some writers love them and some writers, like myself, can't wait until they're done and the rewriting can begin. When I dove into writing my first novel 'Pieces of Sky' I had no idea what I was doing and no clue what lay before me. I set off blindly into the wild woods of story with not much more to go on but a vibe and a prayer. I can honestly say that it was only through having such a solid connection to my story that I was eventually able to heft it over the line. I have since, however, lost many would-be novels in the story wilderness and I'm not alone so many writers have drawers of abandoned manuscripts that for many reasons they were just unable to finish. Here are five of those reasons in a handy list:

5. You don’t know what your character wants

Not having clear character goals is something that trips up many writers. The basis of any story is there's something going wrong in the main character's life (they're poor, unpopular, heartbroken etc) and they think if they could just achieve this thing (pay rise, hot boyfriend, a million TikTok followers) it will make their life better. This is, of course, rarely the case but pursuing this goal is what gives you a plot. When you know what your character wants it then becomes your job as the writer to withhold that thing until the very last minute.

4. You're trying to make it perfect now

First drafts are supposed to be terrible. This isn't just a reality it's also your intention. When you get caught up in the prose and the minutiae you end up placing a lot of unnecessary pressure on your fledgling story. Not only that if your writing is too shiny at the beginning you might try to show it to someone! (This has certainly been my case in the past.) When you write the first draft for anybody's eyes other than your own you are limiting what you may experiment with in the name of making sense. First drafts are a place for letting it all hang out. It should be embarrassing and messy and definitely something you'd never show to another living soul.

The other reason why being terrible is something you want in the first draft is that in the next draft you'll be sacrificing all those pretty words on the altar of story. How are you expected to make those ruthless and necessary cuts when you're so attached to everything? Killing your darlings is hard and I say it's better to not have written them in the first place. Leave all those spelling mistakes and dot points in place and remind yourself that's for future you to deal with.

This one is a killer! It also ties in very closely with the last point. You've been dreaming of this beautiful story that's dripping with nuance until it's so rich in your mind you could almost taste it. Only to find when you finally sit down to write your masterpiece you've turned into a toddler with finger paints. Ira Glass calls this The Gap and it sadly claims so many writers and creatives.

“Nobody tells this to people who are beginners, I wish someone told me. All of us who do creative work, we get into it because we have good taste. But there is this gap. For the first couple years, you make stuff, it’s just not that good. It’s trying to be good, it has potential, but it’s not. But your taste, the thing that got you into the game, is still killer. And your taste is why your work disappoints you. A lot of people never get past this phase, they quit." - Ira Glass

This is not only true at the beginning of your writing career but also, I believe, every time you start a new work. The biggest battle of the first draft is letting yourself be okay in this gap.

2. You've left no room for surprise

Now, outlining is amazing. I've known writers who meticulously plan every scene and twist and turn of their story before they begin. But, for myself and other writers, this level of planning kills off some of the magic of discovery within a draft. No matter how thorough and amazing your outline may be I think it's important to be able to step off the path you've mapped out and follow your curiosities turning over new ground you didn't know was there until you were in it. Charlotte Wood describes this process in her book The Luminous Solution as heat-seeking:

“Heat-seeking is the way artists separate promising from unpromising material by sensing and following the ‘power’ or ‘energy’ coming from any part of the work. Importantly, this energy can come from unexpected places, and often seems to sort of glow at a writer from one corner of the work while they’re focused on another seemingly more relevant or important part.”

When we hold too closely to our outline we limit the possibility of being surprised by our work and these moments of finding the heat of finding the surprise do a lot to propel a draft forward.

1. You're not writing for yourself

The number one reason you don't finish your first draft is that you're writing a story you think other people would like to read rather than the one YOU want to read. First drafts are written entirely for yourself first. They are written as an almost fever-dream exercise as you outpour what needs outpouring from your subconscious. They should be filled with the things you love, the themes that get under your skin and your own expertise. Yes, we can research anything but the reason you're reaching outside yourself should be because your chosen subject turns you on. I didn't know a thing about competitive swimming when I started writing Pieces of Sky but because I was utterly obsessed with water permeating every level of that story I researched until a lot of my readers ended up believing I was a competitive swimmer.

The second, third and fourth drafts are for the reader but THIS draft, this draft is solely for you. Stop telling yourself you couldn't possibly fill your first draft with sparkly serial killers who have a passion for ballet and start indulging yourself at every turn. 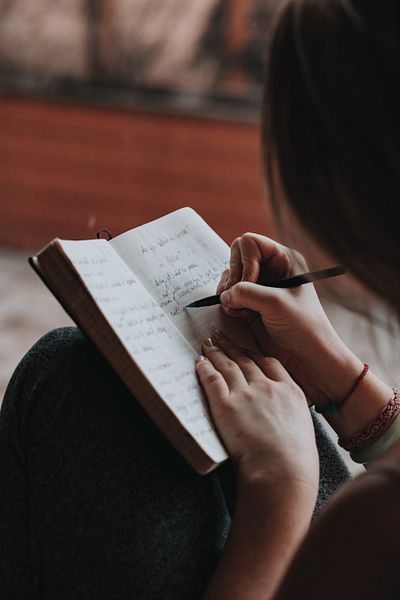 You Don't Need to be Published to Love Writing 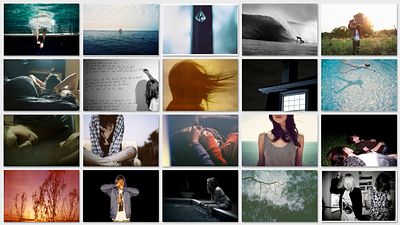 How to Get into the Mood of Your Novel
Follow me

You Don't Need to be Published to Love Writing

How to Get into the Mood of Your Novel

Top 5 Reasons You're Struggling to Finish Your First Draft

The Book of Your Heart
Notion Template

A place to gather all your story inspiration and tap into the heart of your novel.

Do you have a well-rounded relationship with creativity or are you heading for burnout?